Another excellent article from Pulpit & Pen: 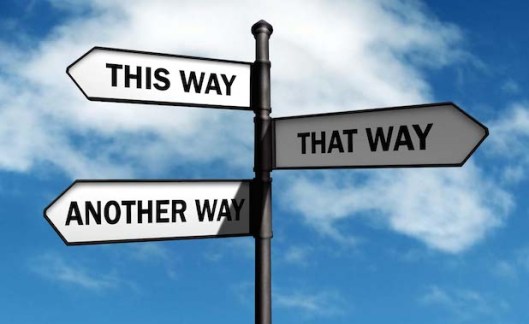 Within the Charismatic Movement, discernment is often viewed as this supernatural ability to see if the spirit which influenced something is a good spirit or a demon. That is not what true discernment is in the modern context. Others within the same movement say that discernment is a supernatural feeling you get that tells you if someone or something is sound or unsound. They treat it as if you can simply feel when something is wrong, similar to how Yoda could feel a “disturbance in the force” in the Star Wars movies. No such feeling is ever described in the Bible.

Some people, including one popular blogger, David J. Stewart, sit at their computers and write about how wrong people are on certain issues that aren’t essential while at the same time believing many heresies (or false doctrines) themselves. This isn’t true discernment, this is just hypocrisy. Further, it is an insult to those who do practice true discernment as well as the Holy Spirit, who grants the gift of discernment.

A lot of so-called evangelicals think discernment is simply about decision making. While having a sharper discernment should certainly affect your decision making, that’s not exactly what discernment is either. True discernment, as succinctly stated by Charles Spurgeon, is the ability to distinguish between right and almost right–truth from error, and orthodoxy from heresy.

False Prophets have plagued God’s People since Eden. Satan could be considered the very first heretic and the very first false teacher, intentionally leading Adam and Eve astray for shameful gain. Throughout the times leading up to Christ, many false teachers and false prophets arose, such as Balaam, Korah, and Honi ha-M’agel. This continued throughout history with people such as Arius, Pelagius, Sabellius, Macedonius, Johannes Agricola, and Joel Osteen. For every one of these, there has been an Athanasius, an Augustine, a Tertullian, a Jerome, a Melancthon, and a MacArthur–all raised up by God. The defense of the Church against heresies like Arianism and Antinomianism and the Prosperity Gospel is a practical example of discernment. Discernment’s main goal is to defend the Church from heresies, false teachers, and cults who seek to deceive members of the Church. The perfect standard for sound theology is the Bible, therefore, that is what each teacher must be judged by. Discernment should be practiced against every teacher, every doctrine, every book, and every group. The discerner determines if they are sound, and warns the Church about those who aren’t. With this discernment info, we know who to evangelize and which teachers to avoid listening to.

The Bible has a lot to say about discernment. In fact, nearly every book in the New Testament has something about discernment inside of it. The books of 2 Peter and Jude were written mainly to encourage discernment. 3 John is a book written by the Apostle John warning Gaius about a false teacher named Diotrephes. Similarly, the Apostle Paul wrote warnings against Hymenaeus, Alexander the Coppersmith, and Philetus in his two epistles to Timothy. Chapter 5 of Ephesians encourages people to practice discernment and to maintain separation from those who are not theologically sound. In Acts 17, the Church in Berea was commended for being discerning while in Revelation 2 the Church in Thyatira was rebuked for being undiscerning. Paul tells the Church in Ephesians 5:6-11 (ESV),

Let no one deceive you with empty words, for because of these things the wrath of God comes upon the sons of disobedience. Therefore do not become partners with them; for at one time you were darkness, but now you are light in the Lord. Walk as children of light (for the fruit of light is found in all that is good and right and true), and try to discern what is pleasing to the Lord. Take no part in the unfruitful works of darkness, but instead expose them.